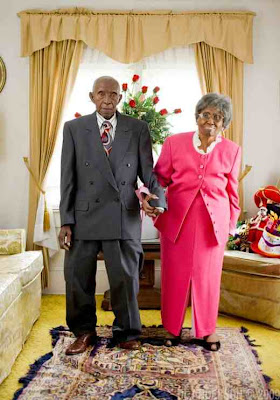 It’s Valentine’s Day! I know that it can be considered over-commercial and can test our cynicism; but I admit that I am a hopeless romantic, and I’m not ashamed of it.
So today, I wanted to feature an African-American couple who still hold The Guinness World of Records for longest  married couple in the world. Herbert and Zelmyra Fisher were married for 86-years until Herbert sadly passed away last year in February, at the age of 105. Zelmyra was 103-years old, at the time.
The adorable couple ‘jumped the broom’ in 1924 in James City, North Carolina, where they grew up together. Zelmyra is quoted as saying about her husband, “He was quiet and kind. He wasn’t much to look at, but he was sweet.”
Together, the couple survived the effects of World War II, the Korean War, the Vietnam War, the Great Depression, the civil rights movement and 15 Presidential administrations.
During their entire marriage, the Fishers lived in the home that Herbert built with his bare hands in 1942. Living off the land was their only alternative during the Great Depression, when Herbert worked for as little as 5 cents per day. They had to raise their own food and ration it for their five children. Despite their lack of money, the Fishers worked hard to save and send all five children to college/university. Unable to afford a car, Herbert got to work, as a Coca-Cola Bottling Co. mechanic, the best way he could.  Herbert and Zelmyra were fond of television news programs; and Herbert especially liked watching his favorite baseball team, the Atlanta Braves. They also took pleasure in sitting on their front porch to watch neighbors come and go and railroad trains whisk by. 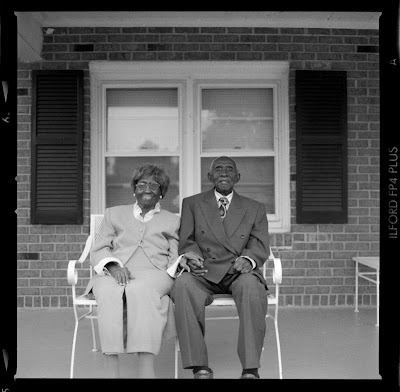 Shortly before his death, Herbert said of his marriage’s longevity, “[I’m amazed!] I didn’t know I would be married this long.” Through the ups and downs of marriage, neither ever considered divorce. Zelmyra adamantly opposed the idea of divorce and remarriage. In 2011, she said, “I didn’t know it would be as long as it is now,” she said of her 86 years with the same man. “But, I knew that I wouldn’t be looking for another husband.” 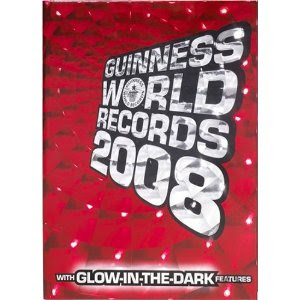 In 2008, their granddaughter, Iris, submitted their application to the Guinness Book of World Records, which was subsequently certified as the longest living married couple. The whole town celebrated their achievement, and friends, family and neighbors, hosted a big party. The Fishers also received a signed commendation from President Obama. In 2010, on Valentine’s Day, a Twitter Page was set up for them called, ‘Tweethearts’ and an ID of @longestmarried, where they gave relationship advice.
In addition to their five children, The Fishers had 10 grandchildren, 9 great-grandchildren and 4 great-great grandchildren.
In an age of 55-hour and 72-day marriages, it is lovely to read about Herbert and Zelmyra’s love story. We can all only hope to have a relationship so special and enduring.
For Valentine’s Day, I absolutely had to feature a recipe for Chocolate-Covered Strawberries. It’s simple, yet achieves impressive results. Enjoy!
Chocolate-Covered Strawberries
By The Food Network Kitchens
Yields: 1 Pound of Strawberries 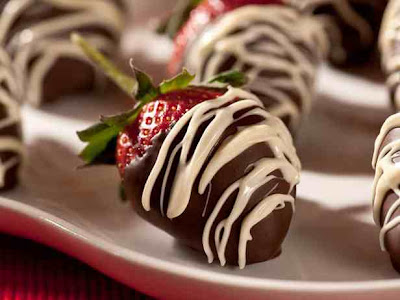 Recipe converter here:  http://southernfood.about.com/library/info/blconv.htm
Ingredients
Preparation
Put the semisweet and white chocolates into 2 separate heatproof medium bowls. Fill 2 medium saucepans with a couple inches of water and bring to a simmer over medium heat. Turn off the heat; set the bowls of chocolate over the water to melt. Stir until smooth. (Alternatively, melt the chocolates in a microwave at half power, for 1 minute, stir and then heat for another minute or until melted.)
Once the chocolates are melted and smooth, remove from the heat. Line a sheet pan with parchment or waxed paper. Holding the strawberry by the stem, dip the fruit into the dark chocolate, lift and twist slightly, letting any excess chocolate fall back into the bowl. Set strawberries on the parchment paper. Repeat with the rest of the strawberries. Dip a fork in the white chocolate and drizzle the white chocolate over the dipped strawberries.
Set the strawberries aside until the chocolate sets, about 30 minutes
Sources: Black History Corner, Black Web, Straight from the A, AARP, Google, Bing, Food Network
Posted by Zena at 5:23 AM

Zena
I'm an American-British, dual-citizen, living in Coastal Georgia, after 19 yrs abroad; and I am curious about life - past, present and future. ALL BLOGS, WRITTEN BY ME, ARE COPYRIGHTED. Thank you.