THE SLAVES WHO BUILT WASHINGTON DC

In the 18th century (and beyond), slavelabor was primarily used to build structures. Government buildings were no exception; and it has been documented that slaves built the U.S. Capitol building, as well as the White House.
In June 2010, lawmakers honored the African-American slaves who had sweated in the oppressive summer heat and humidity and shivered in the bone-chilling winter's cold, for twelve hours a day, six to seven days a week, while helping to build the U.S. Capitol – the meeting place for the U.S. Congress and probably the most recognizable symbol of democracy. A Congressional taskforce, which included both Democrats and Republicans, was led by Rep. John Lewis, a Democrat from Georgia and former civil rights leader, to study the contributions of slaves to the Capitol. Their findings prompted them to erect commemorative plaques inside the Capitol, which read: : "This original exterior wall was constructed between 1793 and 1800 of sandstone quarried by laborers, including enslaved African-Americans who were an important part of the workforce that built the United States Capitol." As they unveiled the plaques, they told onlookers that the plaques help reveal a part of the Capitol's history that had been overlooked by many. The plaques now hang in the Congressional Visitor Center’s largest room, which is called Emancipation Hall, in honor of the slaves' work on the Capitol.
At the time, the U.S. Government paid the slaves’ owners $5.00 per month for their labor. The slaves were often dressed in rags and had no shoes. The adult men had to chisel and pull massive stones out of a snake-and-mosquito-infested quarry. They also provided carpentry skills, and sawed stone and timber. They had no machines. The slave women and children were used to mold clay in kilns.
One of the slaves, who has been documented as working on the Capitol, and who was actually paid for his efforts, was Philip Reid, a mulatto slave from . Philip was owned by a sculptor and ironworker who had been contracted to bronze a plaster copy of the Statue of Freedom – the statue that sits on top of the Capitol Dome.
When Philip’s owner refused to disassemble it until he was paid extra money, Philip was the only person who was able to figure out how to separate the sections so they could be moved to the foundry for casting. Philip’s pay was $1.25 a Sunday "keeping up fires under the moulds" – or keeping the ironworking fires hot so they wouldn't have to wait on Mondays for new fires to be lit – according to a pay receipt. His receipt is signed with an "X," suggesting that Philip was illiterate.
Philip is also believed to be the person put in charge of bronzing the Statue of Freedom, and was officially thanked for his work in an address to Congress in 1928, by one of the statue's admirers. The original plaster model of the Statue of Freedom, that was worked on by Philip, now sits in Emancipation Hall.

The White House is the official residence and principal workplace of the President of the United States.
Twelve American Presidents owned slaves, and eight of them, starting with George Washington, owned slaves while in office.  The White House was designed by Irish-born, James Hoban, and was built between 1792 and 1800. 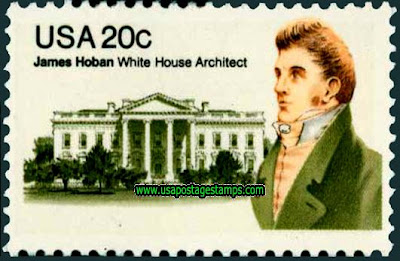 John Adams was the first President to live there, but George Washington began the building process.
Today, the White House Complex includes the Executive Residence, West Wing, Cabinet Room, Roosevelt Room, East Wing, and the , which houses the executive offices of the President and Vice President.
In 2009, just before President Obama’s Inauguration, National Archivist, Reginald Washington, discovered 200-year-old wage records for slaves who helped to build the White House. One of the payrolls was to a “Mr. James Claggett for the hire of a Negro, George."  Mr. also learned that Architect, James Hoban, owned three slaves who worked as carpenters: Ben, Harry and Daniel. Their 23 days’ worked, in 1795, and money earned by Mr. Hoban, was found in the documents, which Mr. Washington had discovered.
Even after White House construction was completed, slaves continued to support White House operations. Slaves served in White House domestic staff from 1800 through the Civil War.
It is wonderful that Congress has honored the slaves who built its place of work. There are now calls for the White House to do the same.
If you would like to learn more about this story, an excellent place to start is by reading Jesse J. Holland’s (a writer for the Associated Press) book, "Black Men Built The Capitol: Discovering African-American History In and Around Washington, D.C." 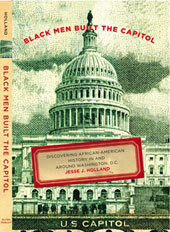 I cannot imagine what that back-breaking work was like for the men, women and children who were ‘rented’ to build these symbols of freedom and democracy; but I'm sure they never could have dared to dream that one of the most recognizable faces who now dons those halls, would look like they did.
Cris Comerford is a Filipino-American chef who has been the White House Executive Chef since 2005. She is the first woman to be selected for the post, and also the first of Asian-American descent. In addition to helping to feed The First Family and guests, Cris spends a lot of time working with Mrs. Obama on creating healthy recipes for the First Lady’s Let’s Move Initiative.
Try this delicious and healthy fruit pocket recipe. Enjoy!
Fruit Pocket Pies
Cris Comerford, White House Executive Chef
Serves 6 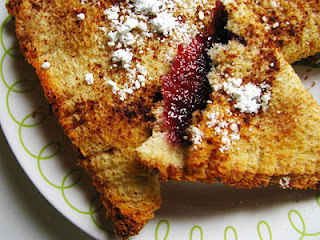 Recipe converter here:  http://southernfood.about.com/library/info/blconv.htm
Ingredients
For Smashed Apple Jam
4 lbs. of apples
Preparation:
For smashed apple jam: Peel, core and slice 4 pounds apples. Place apples and 1/2 cup water in a 4 or 5-quart heavy-bottom pan over medium heat. Simmer, covered, for 20 minutes, until very tender. Remove from heat. Mash apples with a potato masher or blend with an immersion blender. Return to heat and simmer, uncovered, for 5 minutes until the jam thickens and most of the liquid has evaporated, stirring frequently. Transfer to a covered container. Store in the refrigerator for up to 2 weeks.
For pies: Preheat oven to 350°F. Wash berries and spread to dry on paper towels. Meanwhile, stir together sugar and cinnamon; set aside.
For each pie, spoon 1 tablespoon of smashed apple jam in the center of a bread slice. Top with 3 to 4 berries and another slice of bread. Gently press the top slice around the fruit. Trim crusts from bread using a serrated knife.
Using a fork, press the edges of the bread together to seal in the filling. Lightly brush the top slice of bread with some of the oil. Pick up each pie and, while holding in your hand, lightly brush the opposite side with oil. Place pies on an ungreased baking sheet. Sprinkle tops with cinnamon-sugar.
Bake pies for 18 to 20 minutes or until bread is lightly toasted and bottoms are browned. Transfer to a cooling rack. Cool at least 30 minutes before serving.
Tips
Select soft whole grain bread for these pies, and use the bread directly from the wrapper. The moistness of fresh bread works to seal the fruit inside.
You will know when the pies are done when the bottoms are evenly toasted. To check for browning, use a spatula to lift the pies and peek at the undersides.
Sources: CBS, CNN, Wikipedia, Huffington Post, About.com, Google, Bing, The Today Show
Posted by Zena at 2:33 AM