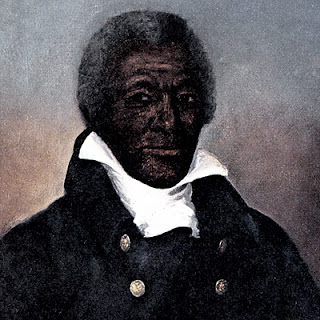 I continue to see coverage about the filming of the new James Bond film, Skyfall, whose finished product is greatly anticipated. I’ve always been a fan of espionage stories, so today, I thought I would feature one from over three centuries ago.
James Armistead Lafayette was the first African-American double agent.  He was born sometime between 1748 and 1760, in Virginia, as a slave, whose owner was a man named, William Armistead, The Purser of the Virginia Troops. There are some reports that James could have been William’s illegitimate son; but as was custom with slaves, regardless of parentage, they took on the last name of their owners.
James spent his early years on The Armistead Plantation in New Kent, Virginia.
In 1781, General George Washington, Commander-in-Chief of the American Continental Army, sent the twenty-four-year-old Commander General of Allied French forces, the Marquis de Lafayette, to Virginia, in an effort to stop the British forces, headed by Lord General Charles Cornwallis. Shortly after General Lafayette arrived in New Kent, his activities caught the attention of James, who asked his owner, William Armistead, to allow him to volunteer to serve in the U.S. Army and help General Lafayette in his efforts against the British. His master agreed; and James began what would become an important and lengthy relationship with General Lafayette that would change the course of his life forever.
General Lafayette employed James as a spy, with the hopes of gathering intelligence regarding enemy movements. Posing as a runaway slave, hired by the British, to spy on the Americans, James served as waiter to General Cornwallis.
In that capacity, James was constantly in the General’s presence, serving food and drinks to General Cornwallis and his officers, and listening to their conversations about military strategy. While pretending to be a British spy, Armistead gained the confidence of General Benedict Arnold (by this time, Benedict Arnold had defected from the American Continental Army to lead British forces) and General Cornwallis. General Arnold was so convinced of James’s pose as a runaway slave that he used him to guide British troops through local roads. He later returned North with General Arnold, and learned further details of British operations without being detected. General Arnold  also used James as a British spy, who in turn, fed the British soldiers inaccurate data.  James often traveled between camps, spying on British officers, who spoke openly about their strategies in front of him. Having learned to write, James documented this information in written reports, delivered them to other American spies, and then would return to General Cornwallis's camp.
One day, James discovered that the British naval fleet was moving 10,000 troops to Yorktown, Virginia, making it a central post for their operation. Using the intricate details James provided, Generals Lafayette and Washington lay siege to the town. Concentrating both American and French forces, a huge blockade was formed, crippling the British military and resulting in their surrender on October 19, 1781.
Despite his crucial involvement in the Revolutionary War, James returned to William Armistead, after it had ended, to continue his life as a slave. Because he was an intelligence agent and not technically a soldier, James could not qualify for emancipation under the Act of 1783 for ‘slave-soldiers’, so with the support of William Armistead, he petitioned the Virginia State Legislature for his freedom; and he also received a letter of commendation, dated November 21, 1784, from General Lafayette. On January 9, 1786, the Virginia State Legislature granted the slave known only as "James" his freedom for "services rendered and bravery as a spy during the siege of Yorktown." In gratitude to General Lafayette, James adopted his last name, while keeping the Armistead name.
Upon receiving his freedom, he moved nine miles south of New Kent, bought 40 acres of land, began farming and ironically, at one point, owned three slaves. He later married and raised a large family. In 1818, he applied to the Virginia State Legislature for financial aid. In response to his claim of being now "poor and unable to help himself," He was granted $60.00 for present relief and a $40.00 annual pension, by the Virginia Legislature, for his services during the American Revolution. 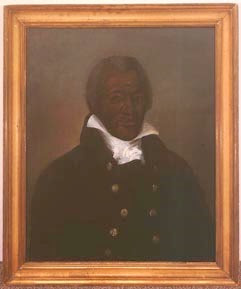 In 1824, the artist John Blennerhassett Martin painted an oil on canvas of Armistead, which hangs in the Valentine Museum in Richmond, Virginia. The artist also created a broadside including both the painted likeness and the facsimile of Lafayette's testimonial. 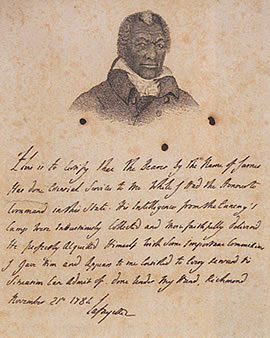 James’s role was critical to the American victory. If he had not given the information that he gave at the strategic time he did, they would not have had the intelligence to create the blockade that ended the war.  James Armistead Lafayette will always be remembered as an American Patriot. He died on August 9, 1830 from natural causes.
Today’s recipe honors George Washington, who orchestrated and helped to win the American Revolution.  This gingerbread recipe is from his mother and dates back to 1784. Even if you’re BritishJ, enjoy!
Mary Ball Washington’s Gingerbread, 1784
Serves 14 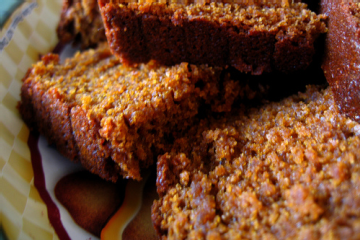